Meet our Founder and Board of Director's
Darryl Durham, Founder 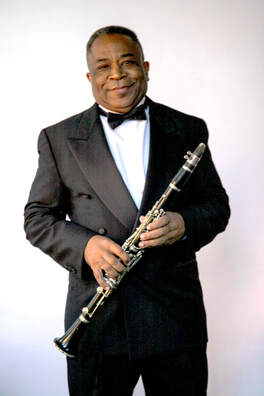 ​
Clarinetist Darryl Durham, is the founder and Board Chairman of the Treme Artists Collective (TAC).  Mr. Durham is an educator and performer(clarinet/voice) who has over 40 years of experience in the arts and education field.  He is  graduate of the North Carolina School of the Arts, Peabody Conservatory and Boston University where he received a Master of Music Degree in Music performance.  His clarinet performance credits include performances with the Greensboro Symphony Orchestra, the Baltimore Symphony Orchestra, the Gettysburg Symphony Orchestra, ALEA III Contemporary Music Ensemble and the Boston College Chamber Players.  Vocally Mr. Durham has worked with the New Orleans Opera Association and currently serves as cantor for St. Anna's Episcopal Church.  He has served as Executive Director of the Harlem School of the Arts (New York City), Artistic Director of the Booker T. Sparks School of Performing Arts (Fort Worth, TX.) and is Founder and Director of Arts and Community Engagement for Anna's Place NOLA (New Orleans, LA.).

Meet our of Board of Director's 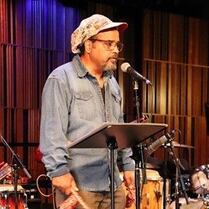 New Orleans born percussionist, visual artists and ethnomusicologist, Peter Boutte, is a member of the famous Boutte family of musicians hailing from the Treme.  As a visual artists, Peter says "my art captures the spirit and culture of New Orleans. The celebration of life from the cradle to the grave seen through the eyes of a native son".  As a musician, Peter is an accomplished vocalist, composer and Afro/Latin percussionist who has performed throughout the New Orleans area at locations such as Jazz Fest, the Mint, and the New Orleans Museum of Art.  He is the co-founder of New Orleans Folkloric which specializes in performing music of Africa blended with the street beats of New Orleans. 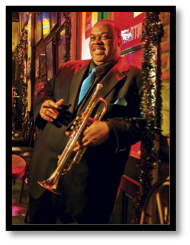 Dwayne Burns plays with a spirited blend of traditional New Orleans jazz and is often found at the Mason Bourbon Jazz club in the French Quarter. A native New Orleanian who prides himself on blowing the horn in the style of Louis Armstrong, Dwayne has toured Europe with Freddie Lonzo, Evan Christopher and JMO.   Dwayne currently holds the rotating musician seat on the TAC Board of Directors and is responsible for musician affairs.

Steve Sutton began piano at an early age and played with groups throughout his high school and college years.  He graduated from college with a degree in philosophy and took a managerial job at K&B.  “I quickly realized I didn’t want to spend a lifetime working in retail so I went back to school,” he says.  Sutton studied accounting and became a certified public accountant, a career he says he thoroughly loved. Among other employers, he worked for Entergy in its tax department.  As a member of the TAC Board of Directors, Steve chairs the Finance Committee, overseeing the financial affairs of the organization.
Powered by